You are here:
KMCC -UAE 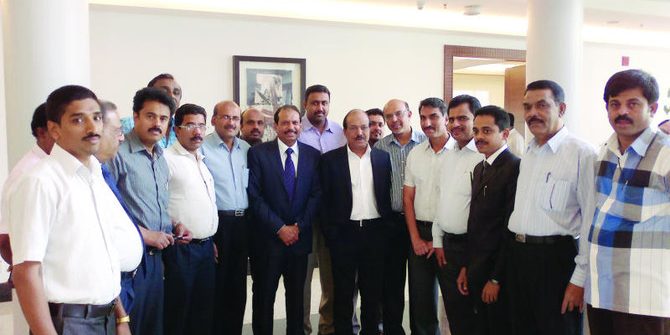 The Kerala Muslim Cultural Center (KMCC), which is one of the largest Indian expatriate groups in Saudi Arabia and other Gulf countries, has pledged its full support to the Air Kerala project to make the new airline a big success.
The KMCC voiced its support during a meeting with Kerala’s Industry Minister and Muslim League leader P.K. Kunhalikutty and M.A. Yousuffali, a prominent Gulf-based businessman and director of the airline.

“We have decided to collect maximum shares for the project in order to realize the dream of Gulf Malayalees and solve their travel problems,” said EP Ubaidulla, acting general secretary of KMCC Jeddah Committee.
He said KMCC aims at mobilizing the support of all Keralite expatriates for the project by making them shareholders. “We’ll ask our 70 area committees, district committees and some 10,000 family security fund members to join the project,” Ubaidulla said.
Kunhalikkutty had told the committee members that the airline’s project report would be ready shortly. Kerala’s Chief Minister Oommen Chandy has stated that the new budget airline would start operations to the Gulf with five leased aircraft, charging affordable fares.

According to informed sources, the project would require an initial investment of Rs.2 billion, of which 26 percent would come from the state government and the rest through the issue of shares priced at Rs. 10,000 per share, open to the general public.
“Soon after getting official approval for the airline we’ll start collecting shares in order to avoid delay for its operation,” the KMCC leaders said, adding that they would ensure full legal protection for expatriates’ shares.