Ramadan 2019: special greetings and wishes from american muslims to celebrate the holy month and iftar

You are here:
Ramadan 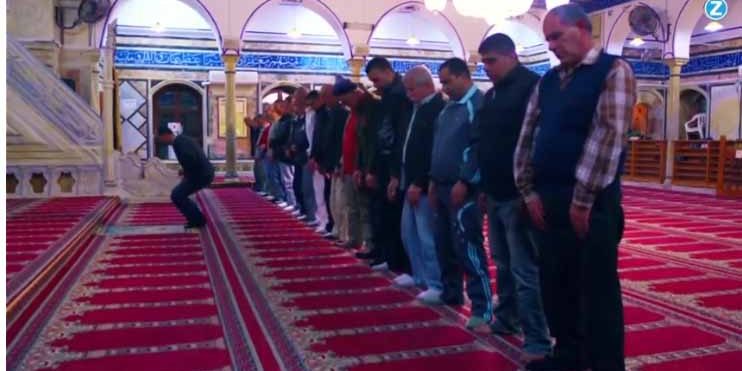 May 5, 2019 marks the beginning of Ramadan in the U.S., the ninth month in the Islamic calendar. Muslims around the world will be preparing for 30 days of restraint, reflection, prayer, and daytime fasting from food and drink.

As sunrise and sunset times differ around the word, Muslims in different parts will have varying lengths of fasting. The graphic below, provided by Statista, illustrates the lengths of fasts around the world, with New Yorkers having to refrain from food and drink for over 16 hours a day during Ramadan.

How Many American Muslims Celebrate Ramadam?

According to Pew Research Center, the vast majority of Muslims in America celebrate Ramadan, with 80 percent saying they fast during the holiday. The research center estimates that there are about 3.45 million Muslims of all ages living in the U.S. in 2017, with 2.1 million being adults.

How do Muslims celebrate Ramadan?

According to the Koran, “It was in the month of Ramadan that the Quran was revealed as guidance for mankind, clear messages giving guidance and distinguishing between right and wrong. So any one of you who is present that month should fast, and anyone who is ill or on a journey should make up for the lost days by fasting on other days later. God wants ease for you, not hardship. He wants you to complete the prescribed period and to glorify Him for having guided you, so that you may be thankful.”

“This month is made sacred by the event of the Qur’an, which Muslims believe was first revealed to the Prophet Muhammad during one of the last ten days of Ramadan 1400 years ago, as he meditated in a quiet cave near the town of Mecca,” Dr. Homayra Ziad, lecturer, program in Islamic Studies, Johns Hopkins University, told Newsweek.

“Fasting lasts a month based on a verse in the Qur’an that guides the first community around the Prophet Muhammad to fast during Ramadan. Fasting is meant to honor the revelation of the Qur’an.

“In terms of American Muslim traditions, the communal aspects of Ramadan are often a way to collectively organize around issues that are critical to a young and vibrant community.”

Ziad said that young American Muslims have come up with “creative ways” to celebrate Iftar (the meal to break fast after sunset), such as gatherings to recgonize protecting communities from Islamophobia.

How to Greet American Muslims During Ramadan

Ramadan comes with its own greetings. Dr. Emilie Zuniga, creator of the Arabic language learning course for Duolingo, provided Newsweek with some phrases that we can all learn during Ramadan.

Duolingo is working to launch its course in Arabic for July 1, 2019. You can access it here when it’s ready.